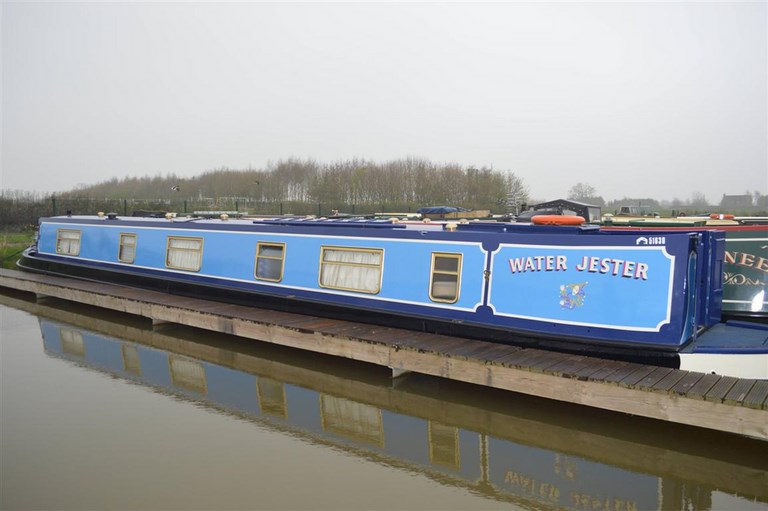 You mention South Shore Narrowboats, which was run by Jack and Sheila Graham.  I was a part owner in one of the last boats that they built and launched (there may have been 1 more boat after us, I'm not sure). Their scheme was called "South Shore ShareABoat"
We bought a share in nb Water Herald, before she was completed, in Feb1994.  She took to the water later that year.
At the time, Jack and Sheila operated from 2 bases, one in  Nantwich and from Aynho, with some of their ShareABoats moored at each of the two locations.  We opted to be moored at Aynho.  South Shore usually sold 11 shares in a boat, and kept 1x12th share themselves.  In our case, only 6 shares (for 5 couples) were sold when she was launched.
I'm not aware of the boats being hired out in unused weeks. The owners agreements actually precluded this,  and only registered owners were allowed to take the boats out.
In 1995, Jack and Sheila divorced, and no more boats were launched under the scheme (as far as I know). If I recall correctly, the Nantwich boats went with Sheila, and the Aynho boats went with Jack.
At the beginning of 1997 we bought Jack out, and the 5 owners managed the boat themselves.  We were the second (that I am aware of) of the "Water" (i.e. shared) boats that did so.  We continued to see many of the other Water boats, both ex-Aynho and ex-Nantwich,  around the system for years afterwards. Those that we recognised and chatted to continued in some form of shared ownership.
Our boat continued in shared ownership until 2013,  still managed by the owners. Three of the original 5 couples (one of which was my husband and me) were there from the very beginning until the end.