This "leaflet" was handed around at the OwnerShips Meetings in later 1995 as an attempt to discredit OwnerShips.

It was put together by an owner who was in a relationship with Allen's ex and somebody who had previously worked in the office until early 1995 until Allen dismissed her, one assumes because of her relationship with this customer.
Click on images to zoom in 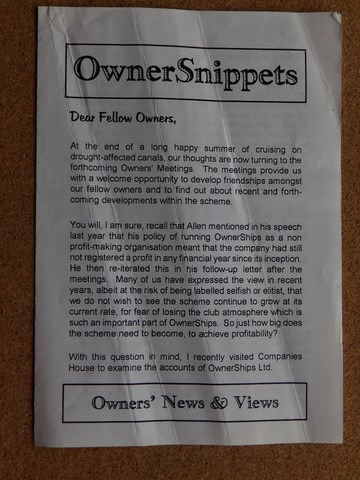 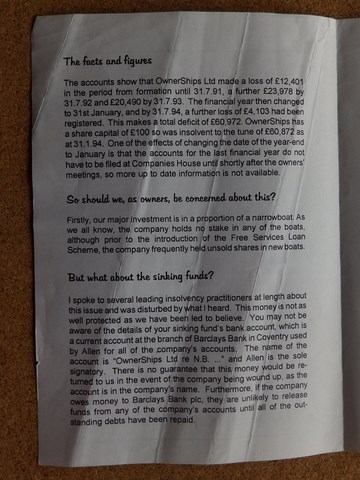 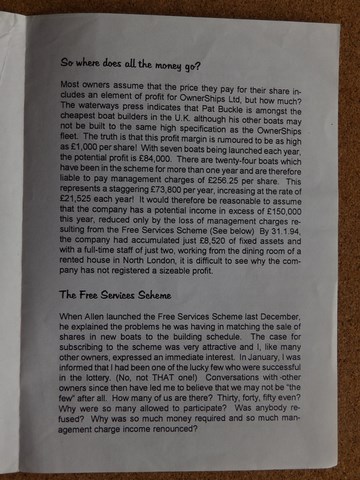 Page 4
(I suspect that the person who once worked there actually knew Allen had bought Premium Bonds and told the producer of this leaflet about them and the "phone call" mentioned below never actually took place. The details of certain individuals have been removed to save any embarrassment ) 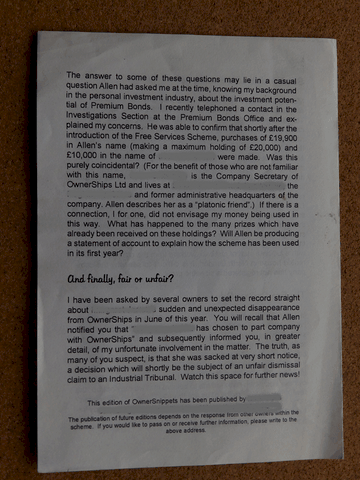