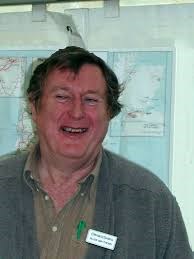 Taken from Narrowboat world web site:-
AFTER entering receivership some three years ago, OwnerShips, the boatshare [OwnerShips!] company, was dissolved on 16th October, writes Allan Richards. A final meeting of creditors with Begbie Traynor in July, allowed its release as liquidators. It is understood that no money has been returned to creditors Systematically taken money

At one time OwnerShips was the largest boatshare company, managing over 100 boats. However, following the death of its founder and managing director, Allen Mathews, (pictured) in 2010 it was found to have massive debts. His executor, Antony Trueman explained:

"I have uncovered that Allen Matthews has systematically taken money from hundreds of owners on the pretence of the money being held on deposit, in the region of £1.8 million.

'He has also taken money from individuals who believed in him, and he has used the sinking fund to regularly cover his trail. At this point in time there are insufficient funds for the company to meet its liabilities. The one asset, the company head office, is currently on the market but charged to Barclays Bank."

By way of explanation, the 'sinking fund' was money paid by boat owners up front for the maintenance and running of their boats over each coming year. In theory, the fund decreases to zero over the year, hence the name. The fund should have been held separately for each boat and only used for that boat.

The reference to 'taken money from individuals who believed in him' refers to an estimated 600 boaters who had invested in various OwnerShips schemes. These included:

Whilst a few of the many boats managed by Ownerships have been sold, most continue to operate either managed by other companies or self managed.

...And from "Boating Business

In an uncomfortable reminder of the unfinished Challenger Syndicateships case not so long ago, it appears monies taken by OwnerShips from syndicate owners may have been diverted ‘for other purposes’. INLAND WATERWAYS: OwnerShips, the inland waterways company which manages 104 shared ownership boats involving over 1,000 owners, is expected to be wound up with debts of £1.8m, writes Harry Arnold.

Allen Matthews, who started the company 20 years ago, died recently and reports suggest that the accounts indicate that OwnerShips Ltd is insolvent, with monies taken from owners to be held on deposit being used for other purposes.

On the death of Allen Matthews the company was left to Joan Lindeman and Anthony Trueman was appointed executor and finance director of OwnerShips Ltd. Mr Trueman has discovered this situation during his investigation of the company accounts and has told members that the task of unravelling the audit trail of the company has been far from easy.

He says that Allen Matthews had taken money amounting to £1.8m from owners on the pretext that it was held on deposit and had also taken other monies from individuals who believed in him and used these funds to cover his trail. The only asset is the company’s head office which is on the market but charged to Barclays Bank.

OwnerShips’ directors apparently wanted to put a rescue plan to owners and investors on May 8, but this was found to be impossible because of decreasing confidence and suggestions of misuse of funds. Mr Trueman was going to instruct solicitors at a meeting on May 3 to obtain a petition to wind up the company, which will take at least a fortnight.

Meanwhile a meeting for owners and investors will be held on May 8 so the situation can be fully explained to them and there’s a possibility that a plan could emerge to salvage something from the current situation. Many owners have already said that they wish the concept set up by OwnerShips to continue.

Mr Trueman stressed, however, that this is not a creditors meeting but a chance for discussion and a possibility of finding a way forward.

OwnerShips recently took over the boatyard at Fradley Junction and held its 20th boat show at Braunston, which resulted in the record sale of 29 new shares. As existing owners own their boats their investment should be safe, but the fees paid to OwnerShips for moorings, insurance and servicing may not have been passed on to suppliers.
------------------------------------------------------
While a new company could be formed to run the 104 boats in the failed OwnerShips scheme, anyone who invested in any of a number of investment projects with the late Allen Matthews has probably lost all their money.

Although each group’s ownership of their boat remains secure, Mr Trueman explained that anyone who had invested in various optional projects run by the late managing director Allen Matthews had probably lost everything.

These projects included marina investment, free management, buy back insurance and the Fradley Boatyard Investment scheme. But it should be explained that the boatyard at Fradley Junction had already been purchased independently by a single investor – although under the OwnerShips banner – so the investment scheme promoted to buy it was probably somewhat dubious. The Fradley boatyard remains operational as a separate entity.

Mr Trueman went on the explain that the main business of maintaining the fleet of 104 shared ownership narrowboats was financially sound, providing some efficiencies were made, and – although it couldn’t be run under the present name – a new company could be formed to operate it.

The new company would be totally financially transparent with the owners as shareholders, with the allocation of shares reflecting the percentage of total loss from schemes promoted by Allen Matthews.

There were many questions from the floor and mandate forms were distributed to those present (and later sent to all other owners) asking for their opinions. We understand if sufficient owners are in agreement then a formal proposal regarding the launching of a new company will be made.

Meanwhile, we understand that other companies who provide facilities for managing shared ownership and timeshare narrowboats – such as BCBM of Nantwich, which took on a lot of Challenger Syndicateships’ craft, and the multi-based ABC Leisure – are offering their services to OwnerShips’ customers.

We also hear that some marinas where OwnerShips’ boats are based have made management offers to syndicates located at their premises.