My time at OwnerShips
Chapter 9 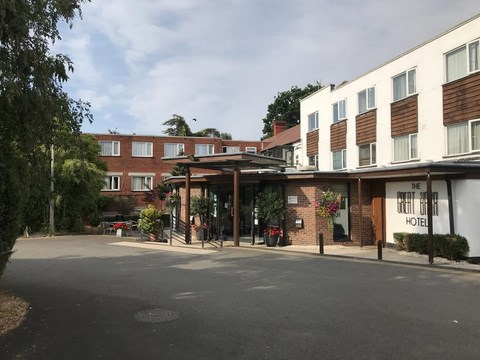 So, some months in to my new position and I was updating the books down the pub and doing all the other things that came along and then it came to "Owners Meetings", something new for me to experience! During my first two years these were held at The Crossroads Hotel in Weedon (near the Grand Union, some owners came by boat) latterly they moved to The Great Barr Hotel in Birmingham, if only because they had more meeting rooms.

In general the logistics of it all were done by Allen, and to be fair he did a terrific job in doing them from start to end. Owners were charged a modest sum for use of the meeting rooms and their lunch and actually we turned a small profit on that but in turn it paid for the bedrooms and meals for myself and Allen (and any other staff that needed to stay over) and we just about broke even over each weekend.

Generally they were quite enjoyable. Owners would ask me (or one of the team) if we could do this or that to their boat and we would either say yes, or say yes but if you do this will happen, or we would say no, that is silly. Mostly we said yes and generally the modifications were not too radical. One or two owners were "interesting" to deal with and liked to throw their weight around but most were fine. We knew who the trouble makers were believe me!
We would pass the time in the afternoons waiting to be "called" to either answer questions or "Close the meeting" in the bar, all the staff together, so it was generally quite agreeable....but by the time you were on weekend number six trust me it did get a bit wearing. Each set of meetings generated an enormous amount to work to get type up, and the target was to have it done before the next lot started, or you were forever playing catch up. Sometimes we would agree to doing a job which then turned out to be impossible...that then became interesting!

One of my "jobs" at the meetings was to talk about the dreaded "Leaves around the pop" problem you get in the autumn, it became a running gag and almost passed in to folklore. 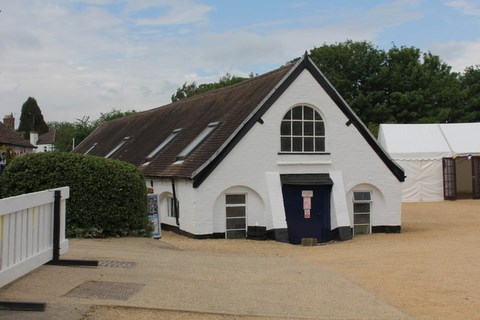 After the owners meetings we entered the period known as Winter Maintenance. This was where the work really started. Allen organised the logistics of the dry dock but most of the rest of it fell on my shoulders. It was a total nightmare trying to get boats in the right place and jobs done all around the boat being periodically booked out with customers. Twice I managed to screw it up and double booked a boat, I was mortified I can tell you (although one instance I really blame on the group at the meeting who assured me they had the booking chart with them and it turns out one owner was not at the meeting and had already booked the boat....always check the original chart is the lesson to be learned there).

The team at Braunston that did the work were brilliant and equally so those at Acton Bridge. Sadly some were less so. When I complained that one yard had painted the boat totally the wrong colour and I wanted it repainted before I was prepared to pay them they locked not only that boat but other O/S boats to the moorings using padlocks so nobody could go out. The first I knew of this was when a party taking out a totally different boat turned up to take it out and couldn't. We did not go there again....
It was during the winter works that we dodged what could have been a very serious bullet.
Pat Buckle was employed by us to paint the boats. A fairly rudimentary paint job but he made a good go of painting a whole boat in a very short period of time. I was always amazed by the fact he use hardly any masking tape and cut very straight lines.
Anyway, living on a boat in Stibbington Boatyard where Pat lived on his boat, was a lad of about 14 who lived there with his parents and siblings and did not go to school. Pat took this lad to Braunston to paint the boats with him, where he did mainly blacking of the hull and the lifting and carrying, nothing too skilled. During the three months of the winter works Pat lived most of the time on site in his camper van, and the lad stayed in there too with him.
One night at around 2 a.m. there was an awful kerfuffle in the van and those living locally on hearing it called the police who found the young lad there most upset and claiming some sort of assault, whereas Pat was protesting his innocence and saying the lad was having a nightmare and he was only trying to comfort him.

The upshot of all this is the young lad went back to the boatyard and Pat was told he could no longer live on site, but he could continue working there until his contract with us finished. I was mortified. The canals are a very small place and the towpath telegraph spreads rumours like wildfire. I told Allen we needed to change boat-builder and fast, and not involve Pat in any more painting of boats from the end of this winter, if indeed he was actually still around to finish the job.
The police prosecuted Pat and he appeared in court but the young man changed his story and said he was having a bad dream after all and Pat was found not guilty. As he was the only witness there was no case against him.
Remarkably this whole saga never became common knowledge around the cut.

We changed boatbuilders soon after to Milburn Boats.