My time at OwnerShips
Chapter 8 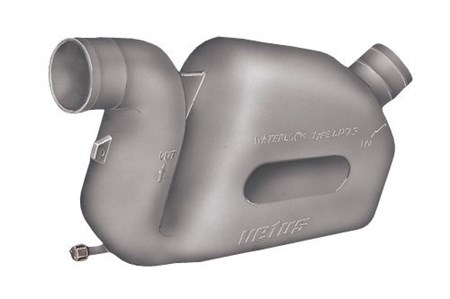 Allen in his marketing had claimed he was offering "virtually silent boating". A claim he could not have a hope of getting, but he was certainly going to try! SOVEREIGN  was to be the guinea pig, or so I thought, but how I was wrong.
The boat was fitted with a BMC 1.8 engine (Taxi lump to you and me) which was not that quiet, but a lot of the noise was from the exhaust. Get rid of that and insulate the deck boards and you might be on to a winner. So that was what was done. Insulating deck boards was easy, but in order to get rid of the exhaust noise you had to rapidly cool the gases and then put the fumes out through a efficient, plastic, silencer. To cool the gases you get the water from the canal and mix it with the exhaust gases. You see these exhausts on small boats up and down the coast often sitting there gurgling away. What could go wrong. Well everything as it turns out.
Sovereign was first to have it done. Taken up the slipway at Calcutt it had a mud box fitted on the outside of the hull with holes drilled in it, this acted as a "coarse" filter for the water, this water was then pulled in using an impeller driven pump that had to be fitted running off the alternator pulley. The water was first sucked in to a fine filter, then went to the pump which pushed it in to a plastic waterlock with the exhaust gases mixed in and then pushed up to the plastic silencer and out in to the canal. It worked. Silent boating....well nearly.

So SOVEREIGN had it done and I turned to Allen and said "Right, lets see how that works and maybe later we can do some others if we have no problems with it". I was concerned as there was a lot to go wrong. But no, the others were being done as soon as they came over from Stibbington for those already in build and by P M Buckle's men for those not started. From memory is was around 20 boats that had them fitted. They were a disaster of the highest order. A nightmare.
As if to add insult to injury was that the Client 2 account paid for these, the retro fits on around 4 boats were about £2,000 a time, and the new builts cost around £1,000 extra in parts etc. Was it factored in, was it heck? 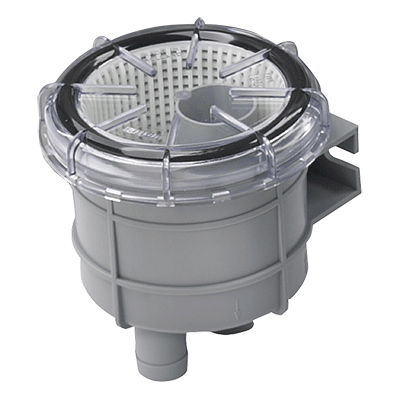 There were many problems but the main once was the fine filter, the owners were supposed to clean it out every morning AND keep an eye at all times to make sure water was coming out the exhaust port. Sadly this was not always the case. The result was an almighty cloud of steam and a very expensive call out. The (now melted) twin-lock alone was about £300 and then you had to find one (they were mainly used on sea going boats, but the sea does not have weed about like a canal) and find somebody to fit it. Repair bills nearing £700 were not uncommon. The owners when presented with the facts at the owners meetings were not at all happy, many citing that they never wanted the wet exhaust in the first place. I was looking after maintenance and I was faced with these terrible things along with all the other "usual" problems. Allen took the view that they were told to make sure there was water coming out of the exhaust at all times, if they did not it was down to them. It caused many arguments at owners meetings. 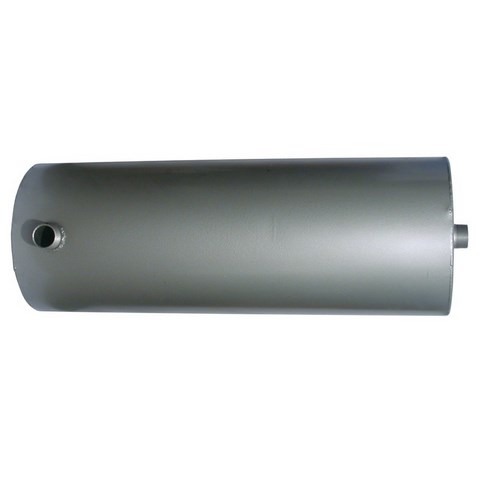 The solution to balancing this desire for "silent" boating and not having something that failed every third time is was used...well more or less...was something called The Hospital Silencer. What is annoying is they had been around for years, I had just never heard of them until a trip to Reading Marine. I was looking for potential mooring sites and they happened to show me over a boat they had built and I asked about it when I saw it, as they fitted them as part of their normal build spec'. Basically is is the same as a normal car silencer but a lot lot bigger (fatter). They were designed to use on hospital generators, hence the name.

We bought one in to try from T W Marine and the rest is history. It did make the engine bays a bit tight and the owners paid for the work on their own boats but the end of the wet exhausts was in sight. We started with new builts getting these silencers and then the owners elected to have them "retro fitted".