My time at OwnerShips
Chapter 5

Long before I arrived at OwnerShips Allen set up the "Free Services Scheme" something that ultimately would lead to the downfall of the company and to lots of people losing money. It went like this.

Client 2 account (that paid for the boats) was short of money. For sure not every share in every boat sold prior to it being built, so there was that shortfall to bridge but equally with no handle on exactly why there was no money there Allen just needed some "Cash Flow", and a fair but of it, boats are expensive. No bank would loan the company money at the level needed as he had no security he could put up. He was in a pickle. A chance conversation with an owner on SERENITY lead to Allen setting up what became known as "The Free Services Scheme". It went like this.
Customers paid a sum of around £250 each per annum to OwnerShips Ltd for their Management Charge. The deal was if you LEND OwnerShips £2,500 which it will only ever use to fund this hiatus in the funds while building boats, then OwnerShips will waive this fee. I made this a return of around 10% so it was a "no brainer". Customers could have their £2,500 back when they sold their share or in January each year if they asked for it (as the company was "Cash Rich" in January so could fund the return). This offer was "Only available to a limited number of customers" where in fact it was available to just about anyone who applied and the only ones turned down were those who Allen thought might ask "Difficult" questions.
This offer of course seriously depleted the money coming in to OwnerShips Ltd (the account to pay my wages and run the office) and whereas at the start of each year we were OK come September it always looked a bit bleak....so customers were then offered a discount if they paid their management fees early...still further depleting the office income. It was like running fast to stand still.

Of course with all this money flooding in at £2,500 a pop Allen was suddenly cash rich. Well he was not, but the Client 2 Account now was, so there was no stress and no pressure on him. Not only no pressure if shares did not sell, but with so much money sloshing around no pressure on him to see why the money kept on running out.

But then something changed. I arrived to this scenario and I was horrified at what I found. Allen now had somebody on the inside asking "Difficult" questions... 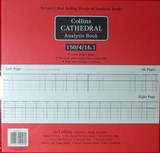 I arrived with a background in banking and retail. But I was no businessman, I had never set up a business, nor run a business. I had a heck of a lot to learn and I learned fast. I had previously worked in retail with one of the most astute businessmen I have (still) ever met. Allen was somewhat less so. For sure he was brilliant with people and at marketing but some of his business ideas were very wide of the mark, especially when it came to money!

There was so much wrong that I actually cannot remember what order I tried to sort it out in, but the one thing I did discover was the "Books" for the Client 2 Account, the one that builds the boats, had not been written up, let alone agreed to any bank account, for around four YEARS. They were un-audited, it was a "Clients Account" after all...really? OK so I will live with that title, not much I can do about it, but really they needed writing up to see where the money had gone.
They had been started in a Collins Accounts Book (accounting software really did not exist) so I carried on with them. I kid you not when I say that twice a week I would go to the pub local to home find a quiet corner and over a pint or two write up a few cheque books full of accounts. The publican even moved pubs and I moved with him, books and all. 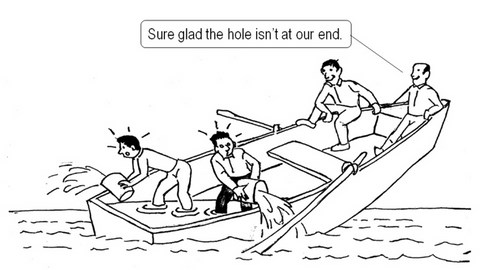 After a few months I had them written up. Now came to try to reconcile them to the bank account, it was impossible, but what I did do was tot up how much money Allen had lost over the years on the boats (funded by the free services scheme) and it came to, as I recall, about £150,000. That became known as "The Hole" and we agreed that The Hole needed filling somehow. The first thing I suggested was that as Allen was not making anything like £1,000 a share his commission should be halved. So I was suggesting to my boss he halve his income.

OK so I suggested it but it did not last. So the only other option is to increase the price of the shares and make more "Profit". Of course being a Cleints account you are not allowed to trade from it, but there was no option. I would use the extra profit to plug the "hole" in each earlier boat builds (I recall the loss showing on ODYSSEY was in the region of £20,000 alone).

Next...Sinking funds of a different variety