My time at OwnerShips
Chapter 17 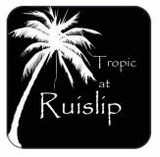 I was a married man with four young children. My wife worked but there was no way we were going to get by on her salary. I found a job selling engine parts from an office cum factory dealing with exports, mainly generator parts, to Africa. It was a terrible place to work and actually there was no job. The company were hopeless. "Investor In People" it proudly says on their information. I was "taught" to do my job by a woman who was deported as an illegal immigrant. I actually watched as she was "collected" from the building. They obviously invested in the wrong people, myself included as it turned out.
One woman who sat near me had Heart FM on on the radio on her desk all day. When I complained and said it was dreadful and could we at least have Radio 2 sometimes (or even better, nothing) I was told she had worked here longer than me and that was what she had on and I had to grin a bear it. The rest of the office staff were further way, they could not hear it...

Six months later they got rid of me, I was not surprised, last in first out. They had lost a massive contract to repair gearboxes on London Buses and so had no need for the building and were getting rid of people as cheaply as possible wherever they could....oh and the fact that I was not very good at what I did probably helped them make their decision.
I ended up "On The Dole" for a short period before falling in to a job selling paper in to schools and also running a stationery shop for a several years.

Now I have my own music business putting on bands each week in London, The "Tropic at Ruislip". I am very lucky to have ended up where I am now. Very lucky indeed.
Of course I followed events at OwnerShips from the outside with interest, and even attended one of more shows at Braunston. It was nice to see a few faces again. I even went to see Whisper at the boat show in Excel in London, it was superficially at least a magnificent boat. Did the orders pour in?  No. Did it sell? Yes. At a substantial loss I am lead to believe (Cost £500,000 sold for 112,000 euro I gather). No surprise there then.

The narrow boats continued to be built with production shifting from John Milburn to Poland probably around 2008 in an attempt to generate more profits I suspect, I never did find out why. My understanding is the boats from Poland are OK.
The final narrow boat was Middlewood in February 2010. Around the same time Allen died from bowel cancer. Some months later those working for the company realised it was bankrupt. A rescue plan was mooted but never happened and it went bust with debts of £1.8 million pounds, when I left, prior to the building of Whisper I would suspected there was a problem of around £150,000, but in re-reading the above it was, post barges and pre-Whisper, nearer £350,000. Of course as unsold shares were eventually moved on the shortfall would reduce this figure, and there was a lot of "Dead Wood" in the barges I suspect. I actually left before all were commissioned, just.
Allen had is seems, towards the end, used all the boat "Sinking Fund" accounts to keep things going and pay wages and dreamt up more fanciful schemes to get money in, a "Buy Back" offer and "Marina Purchase" scheme I have read about, I have no idea what was involved. He also took a personal loan from a friend for £200,000 and it is that person I feel most sorry for. I will mention no names here, but that is a substantial sum to loose and he must have known when taking out the loan he had not got a cat-in-hells chance of paying it back.
Fortunatly when the company went bust no owners lost their shares in the boats (the liquidator did try) and the total of £1.8 million was well spread other than the loan above. I am sure losing your £2,500 invested was a blow but if you had had it in the scheme for say five years then the actual loss on paper, offset against fees not paid in management costs, meant is was about half that. Enough, but not life changing.

A number of owners had to pay their boat costs (sinking fund contributions) again I gather.
The failure of OwnerShips is to be laid firmly at the feet of one man, Allen Matthews, sadly he is no longer with us. He had a great idea with OwnerShips and had he stuck to it I am sure by now he would be living on his wide beam barge on the River Lea. Sadly all the side projects, funded by other people's money, were his downfall. He was warned, but did he listen? Well he did not listen when he was told the concept of OwnerShips itself would not work by those on the canals when he set it all up back in 1990 and he proved them wrong, maybe he thought he was right all along.

Read a message board posting from Elaine after OwnerShips went broke