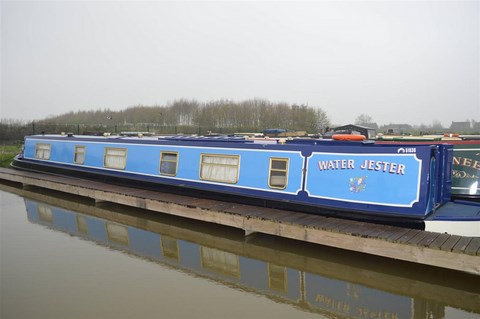 There is nothing new is sharing boats, and people have been doing it for years, probably before the canals were even built! And once the canals came along and the commercial side of them had died off and they became a holiday destination boats were shared, companies owned boats for their staff to share, families bought boats to share between them, friends bought boats to share (I know, I was one of them, sharing a 20' Headline Cruiser).

However, on the UK canals at least, in 1989 something different happened. The sharing of English Narrow Boats went from being on an ad-hoc basis to a formal basis, and firms sprang up recognising the need for the service.

Boating was big business and up until this change "Joe Public" could either hire or own, and both expensive in their own way. These new firms offered COMMERCIAL shared ownership. There for boating enthusiasts who wanted to have all the fun of boating without the hassle and cost of actually owning a boat, nor the cost of hiring one year in year out.

Contrary to popular belief Allen Matthews' OwnerShips was NOT the first company to offer this service in the UK, in the late 1980's it is thought that Narrowcraft got about 20 boats on the water with five shares each, and later Jack Graham with South Shore Narrow Boats, a spin off from a travel agents in, I believe, the North West of England,  got perhaps 10 on the water before finding themselves in financial difficulties and folding. What happened to the boats is not known exactly, other than Water Jester which is still in shared ownership. This is some interesting readin g from the link above. 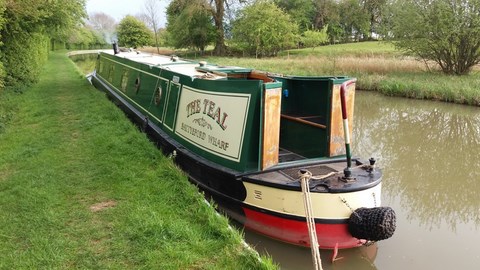 South Shore kept back some shares in each boat and HIRED the boats out to cover costs........this would have been around 1990. However, there was possibly one to enter the market even before Jack Graham, and that was Howard and Ann Davis at Napton Narrow Boats who got two or three boats up and running under the guise of a company called Matalacre as early as 1985.

Around this time the two firms that were to be the "Big Players" came in to being. Ed Rimmer, fresh from leading Black Prince Holidays in to administration, formed Challenger, who initially offered HIRE, not shared craft, and Allen Matthews started OwnerShips, in September 1990, with a second-hand boat called Annabelle. (Annabelle was sold out of shared ownership in 1996 but replaced by a new boat for the group, Annabelle II)

Both firms grew quickly and by early 1994 Ownerships had around 18 boats and Challenger, having shifted over to shared ownership sometime after OwnerShips started, also had several boats in their system. (Challenger's directors always kept their cards close to their chest, so exact information is hard to find....). 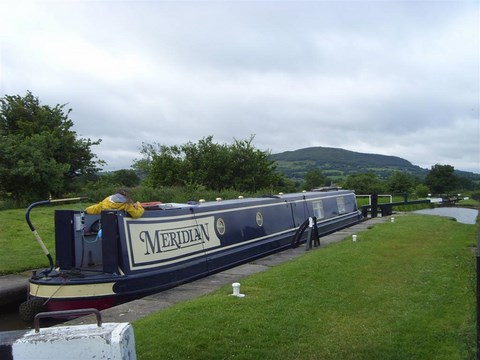 Another to enter the fray around this time includes The Boatshare Company formed by three retired policemen who had an interest in boating, one a former owner of a share in an OwnerShips craft. They commissioned and sold around six boats in all before deciding there was no money to be made in managing the boats and so "gave the firm away" and it ceased trading a couple or so years later in around 2008. (This company has no connection with this web site.)

Pictured is one of the boats previous run by The Boatshare Company, Meridian 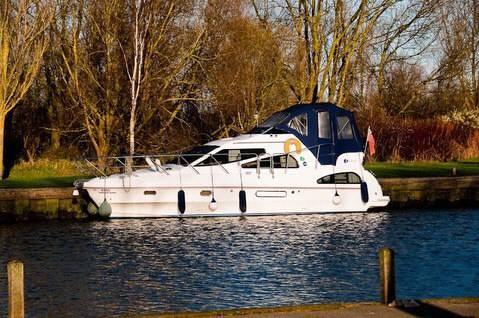 Ranworth Marine International was formed in the late 90's and operated a Birchwood 340 fly bridge boat in Alicanti, Glenn Unstead then started the Southern Crusader Syndicate in late 1999 and formed the Ranworth Breeze Syndicate in 2001, both boats being for shared ownership on the Norfolk Broads. They exhibited a Birchwood 340's at the 2000 Boat Show. The boat in Alicanti, Spain was returned to the UK in 2006 and sold, from 2012 the owners of the boats based in England decided to operate them themselves.
Pictured is Ranworth Breeze 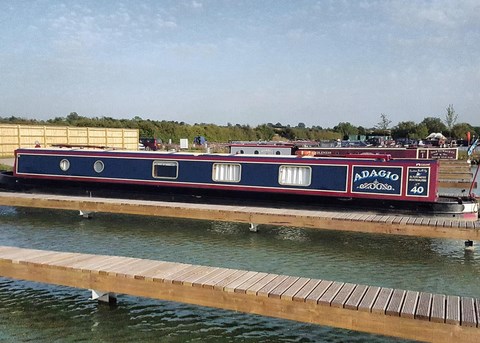 In 2003 Carefree Cruising came along, like OwnerShips and Challenger this company was not, in itself, a boat builder, rather it commissioned boats to sell in to shared ownership. Growth for this firm has been slow and steady and at the time of writing (2010) they had just launched their 14th boat. Ironically their address is given as the house that used to be owned by one of the directors of The Boatshare Company, although there is certainly no connection between the two companies!
Pictured here is Adagio a boat operated by Carefree Cruising
You can also now look at the plethora of firms that have tried and probably failed to set up a shared ownership schemes. The web and magazines are littered with comments like "Share Ownership scheme just launched", most of these are attempts to get up and running in this area and most disappear without trace if there is little interest, and you also will find owners who are splitting up their own boat in an attempt to start a scheme, and indeed may well advertise their shares on this site.

Please now go to this page where you can read all about the fall of OwnerShips and Challenger and what happened next.